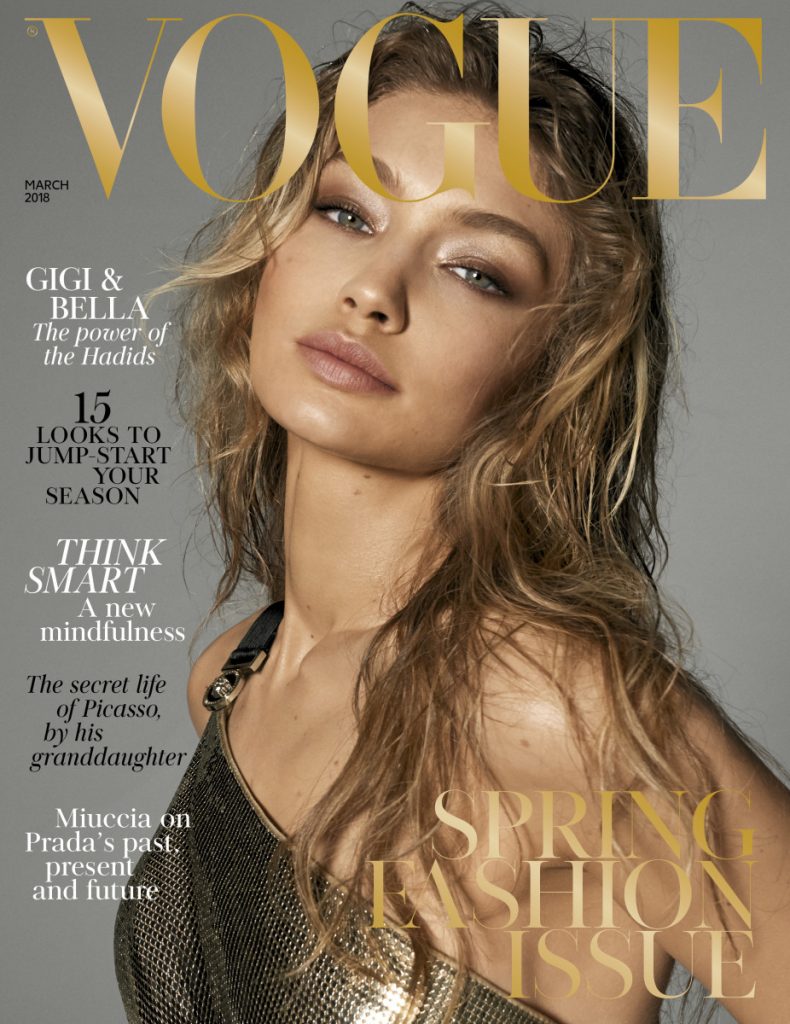 From gracing countless magazine covers to consistently walking the runways of the most prestigious fashion houses, Gigi Hadid is undoubtedly one of the biggest supermodels of this decade. And the blonde bombshell certainly knows a thing or two about fashion, as her off-duty style could pass for the Paris catwalk.

That said, we’ve rounded up five of our favorite Gigi outfits with tips on how you can get those looks for your wardrobe, too. 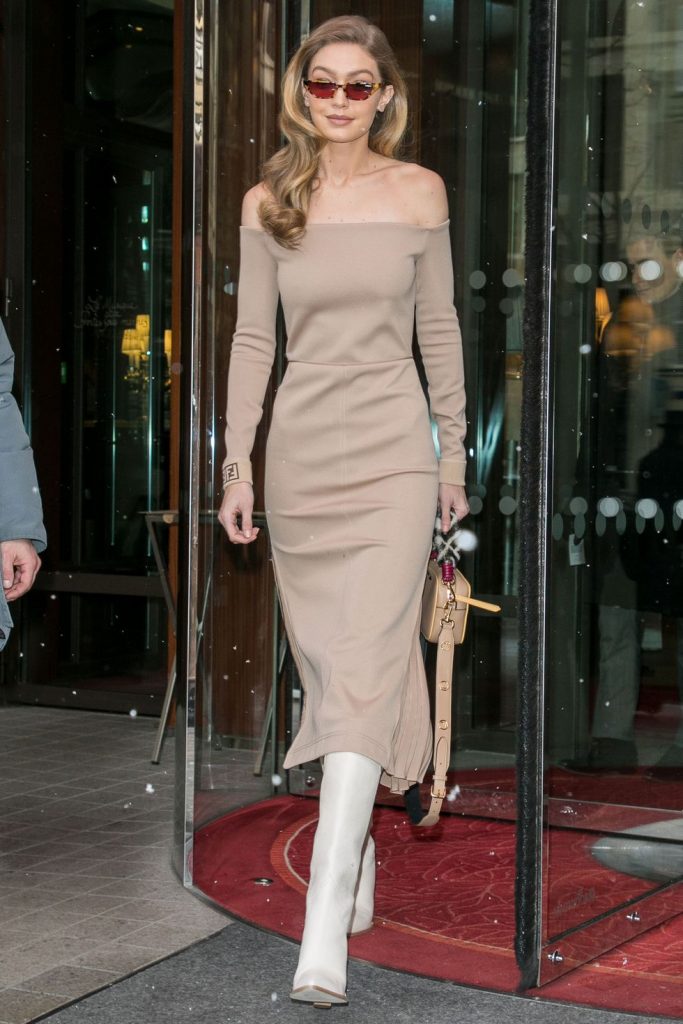 Fresh off the Paris runways, the supermodel was spotted leaving her hotel wearing a nude off-the-shoulder midi dress that she paired with pointed white leather boots, a light camel mini square bag, and tiny tortoiseshell sunglasses. While the details may be subtle, the sophistication of the ensemble speaks volumes. Here, Gigi demonstrates how less can truly be more.

The true hero of this outfit is her white boots, as they helped elevate the entire look. To channel your inner Gigi, it is important to understand that a pair of pristine white ankle-length boots like these ones from Mango should be partnered with simplistic garments, so they won’t look too overpowering. 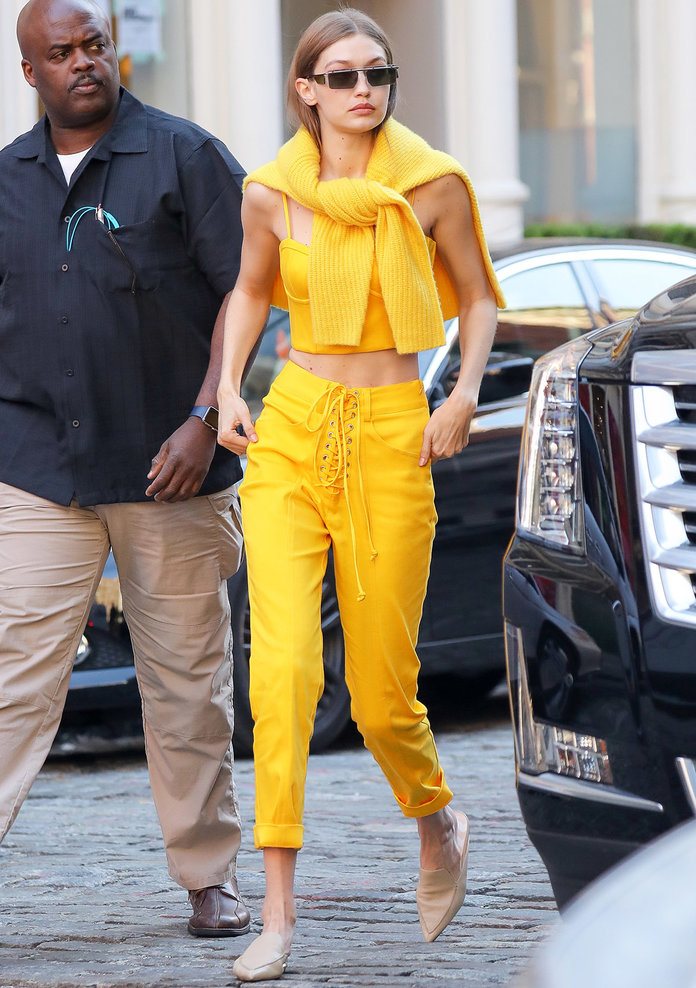 Although this might be a relatively straightforward outfit for Gigi, the obvious difference is how bold this look is, as the fashion darling went for a head-to-toe yellow ensemble.

The color yellow has always been up for debate in the fashion community, but she shows that a monotone ensemble combining a sunny shade works because the different elements do not clash with each other. Gigi even wore nude mules reminiscent of Carrie Bradshaw, which go well with this look’s bright hue. 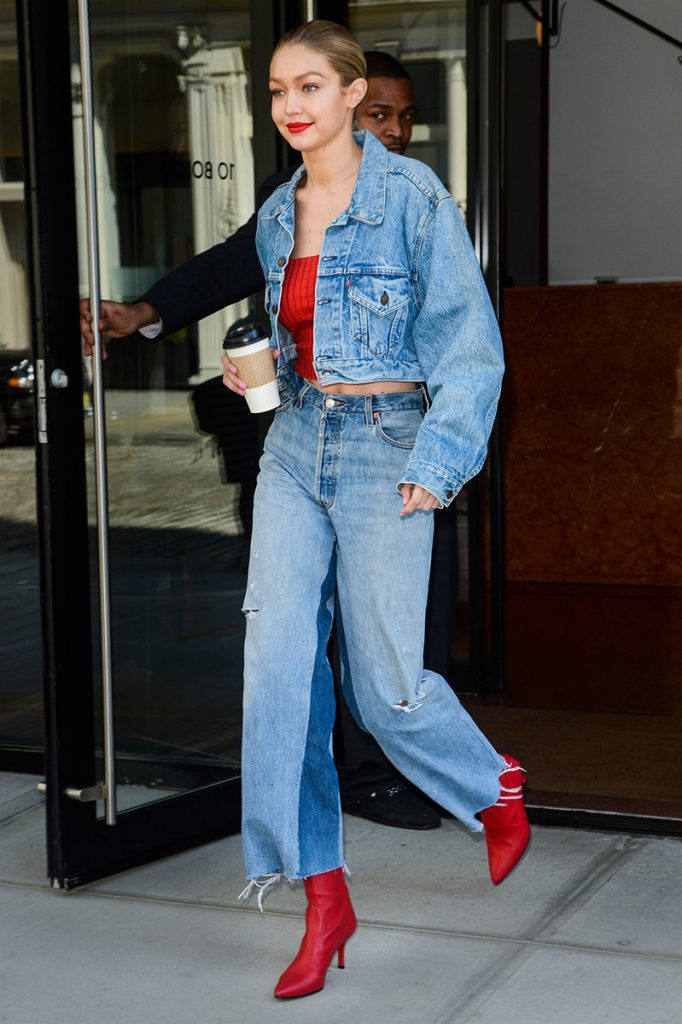 It’s safe to say that the ’90s have made a stylish comeback, as denim garments can be seen everywhere. Gigi, however, took this trend up a notch by combining a cropped denim jacket with high-waisted jeans.

You can take a cue from Gigi’s fearless fashion sense with this crisp cropped jean jacket from Ksubi featured by Pop Sugar. Keep in mind that what makes the look work exceptionally well is that the contrast in length balances out the heavy textile. 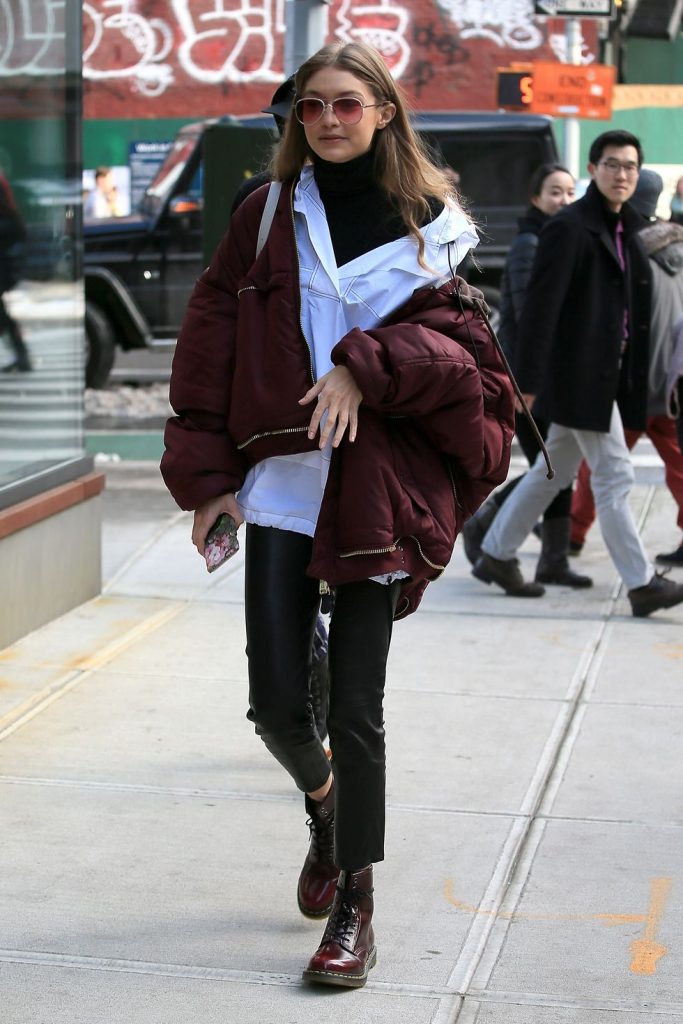 Out and about during a chilly winter day in New York City, Gigi braved the cold in a fully layered outfit. By first wearing a black turtleneck sweater and leather leggings, she contrasted the dark hues with a white lightweight parka, and then completed the look with a maroon hooded jacket.

Here, she shows that layering is a fun way to create unlikely outfit combinations because when done right, the different styles can play off one another. The stylish and functional hooded jackets from Woman Within are perfect for the casual utilitarian trend that celebrities have embraced these days, with their patch flap pockets and button cuffs. You can take this trend even further by rocking a pair of combat boots just like Gigi. 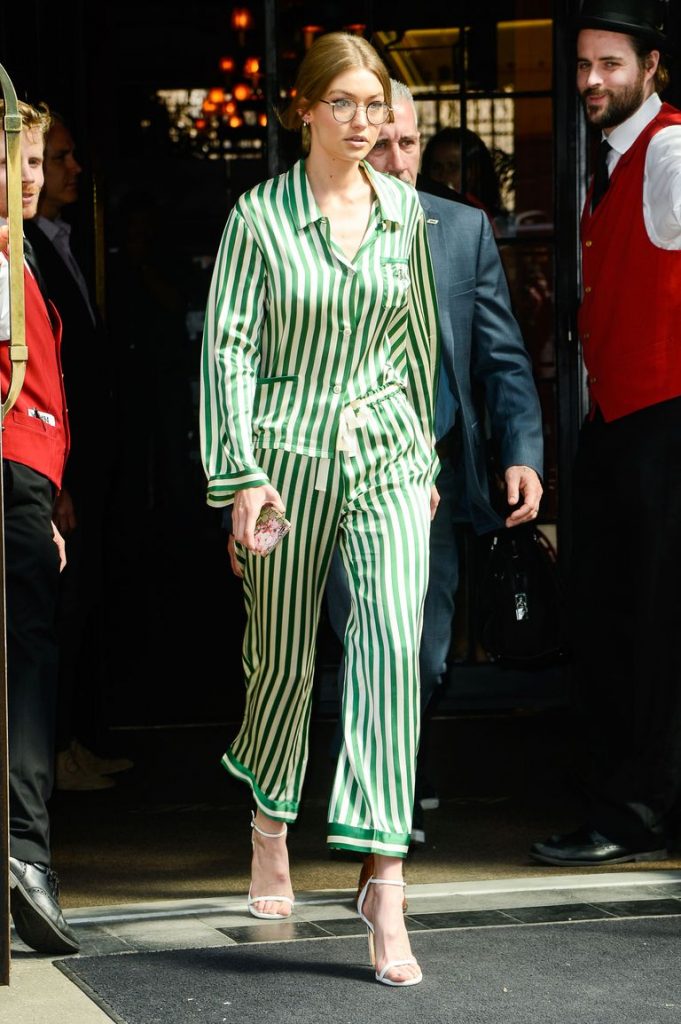 Many would think that stepping out in Manhattan in a pair of pajamas would mean someone’s stuck in a New York Minute, but Gigi showed us all that pajamas can go beyond the bedroom. Taking a green pinstripe pajama set out into the street, the supermodel gave new meaning to sleepwear.

This look is easy to recreate, as you only need to find a set that has a tailored shape. And be sure to follow Gigi’s lead by wearing heels to elongate your body and add a contrast to the more relaxed pajama set.