The Aran Islands lie off the west coast of Ireland; Inishmore, Inishmaan, and the smallest one, Inisheer. At the mercy of the Atlantic Sea, they lie across the mouth of Galway Bay, battered by wind and rain. The cottages of the islands have been built with patience and plenty of stone, sand, and seaweed, as the 12 miles by boat to the mainland have encouraged the islanders to live self-sufficient lives – and create a unique crafting art. 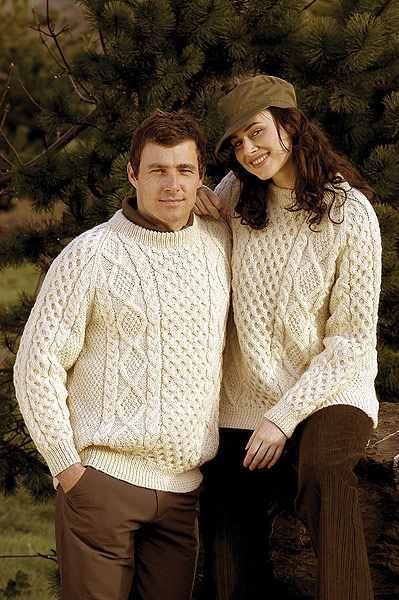 Origins of the Aran Sweater

Many have claimed that the Aran sweater has a deep clan history and that the patterns are identified with specific families on the Islands. This is a romantic idea but is far from the truth. The distinctive mens crew neck Aran sweater was introduced in the early 20th century, according to Irish Culture and Customs, and was inspired by similar fisherman’s gear worn around the Scottish coasts.

Young island boys having their first Holy Communion would often be given one and their mothers put great effort and pride into complex and intricate designs. They were introduced and sold to the outside world from the 1930s, with ingenious islanders using quills, branches and even bicycle spokes as needles to keep up with demand. 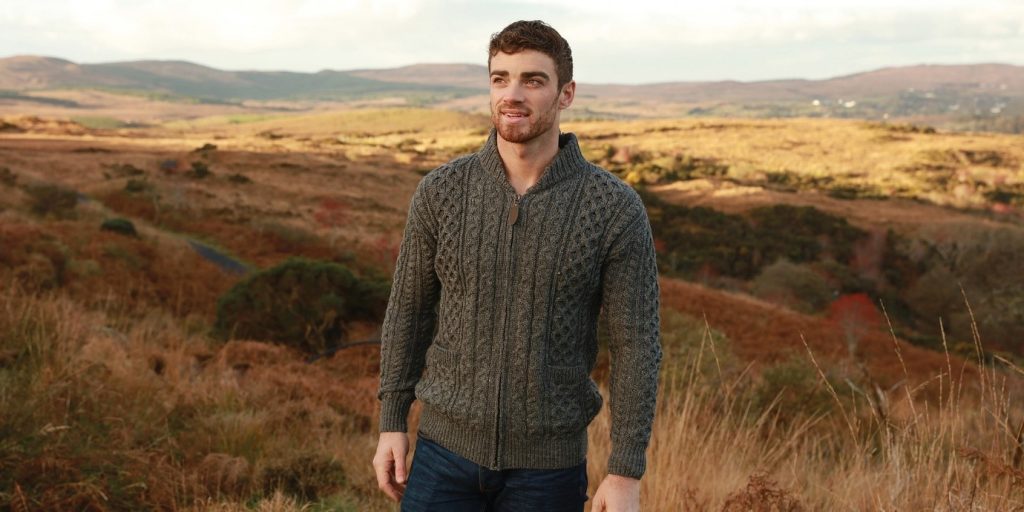 There are two special qualities for a bona fide mens crew neck Aran sweater. It should be made with a cream-coloured wool from the Islands’ sheep. Wool is great for fishermen as it is naturally water repellent and insulating. An Aran sweater can absorb 30% of its weight in water before feeling wet and can even give off heat when soaking!

The other special quality of an Aran sweater is the stitches. A finished mens crew neck Aran sweater can have as many as 100,000 stitches in a carefully constructed pattern.

Once a humble fisherman’s sweater, now a fashion trend around the world, demand for the Aran sweater continues to grow.