There are people less fortunate than ourselves round the world suffering even as l sit here writing my blog. It’s not their fault, we are just the 3% of the lucky population around the world.

Over the year’s l have made it a MUST to get involved with charitable causes and help people. As a result, great causes are always close to my heart.

With The Urban Muslim Woman Show wanted to focus on some inspirational women this week. I had to begin the week with a western celebrity, Angelina Jolie. This celeb is not just a fashion icon and just another so called ‘beautiful’ celebrity but an inspirational lady. This week her fashion isn’t under review but we’ve come to hear her talk about a very serious matter happening right now as l blog! 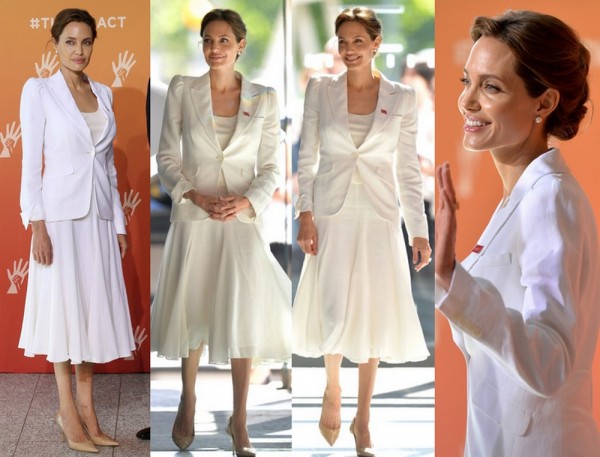 I normally read about Angelina Jolie expressing herself about real issues round the world such as, creating awareness of breast cancer. However, as an UN representative Angelina Jolie is now campaigning to end sexual violence in conflict basically, rape in wars around the world that we don’t hear about. It’s actually a bigger issue than we think!

Today was the first day of the Global Summit to End Sexual Violence in Conflict in London took place. It’s the first event of its kind and Angelina Jolie wants to create awareness as an UN representative and highlight the real ongoing global issues that we don’t really hear about on the news everyday. 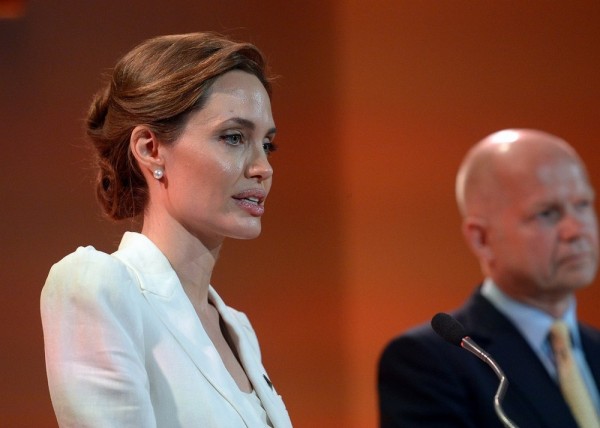 Angelina Jolie highlighted in countries where war takes place rape is widespread. Did you know, when war begins in a country women are more in danger than soldiers?

According to the American actress, it was shocking to hear there has been less than 50 convictions in a country out of a suspected 50,000 cases of sexual violence in conflict. 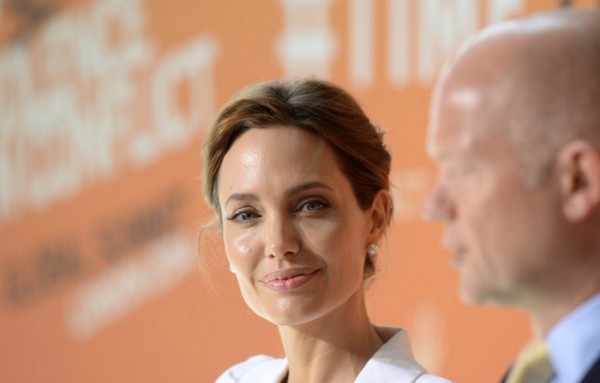 “This has been coming for quite a while,” Jolie said on her way into the ExCel Conference Center. “On our way over we spoke about the women we met on our last trip, and, in particular, one woman, who said she has yet to tell her child that she had been raped because she was so humiliated. She felt that having had no justice for her crime in her situation and having seen the man on the streets, free, she felt abandoned by the world. So, on the way over we thought, ‘What is she going to think of this day?’ This day is for her.”

The Oscar winner actress said, “It is a myth that rape is an inevitable part of conflict. There is nothing inevitable about it. It is a weapon of war aimed at civilians. It has nothing to do with sex, everything to do with power. It is done to torture and humiliate innocent people, often very young people.”

Angelina Jolie believes by creating awareness through social media we can reach people in affected areas and eventually the governments of troubled areas will be forced to take action. 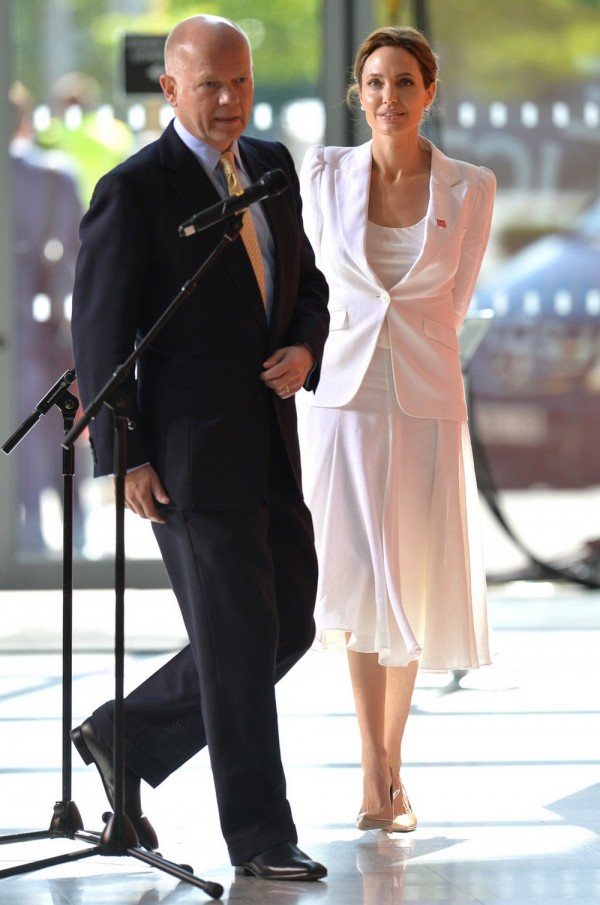 “A new generation has the opportunity to change this with different standards, with a different morality. Human Rights Watch’s own research shows that in Syria and Libya sexual violence against men has been part of the pattern of sexualised torture, particularly for men who are in detention or who are being held by the regime or militia,” Angelina added.

Let’s join Angelina Jolie and come together to make a difference together. Just get involved and spread the word. While most of us sleep peacefully in our comfortable houses, around the world horrible acts of crime are taking place against mothers, sisters, daughters, wives, sons, brothers etc. I could go on! We can make a change slowly by pressuring country leaders as a global group!